The charge of raising anti-racist grandchildren 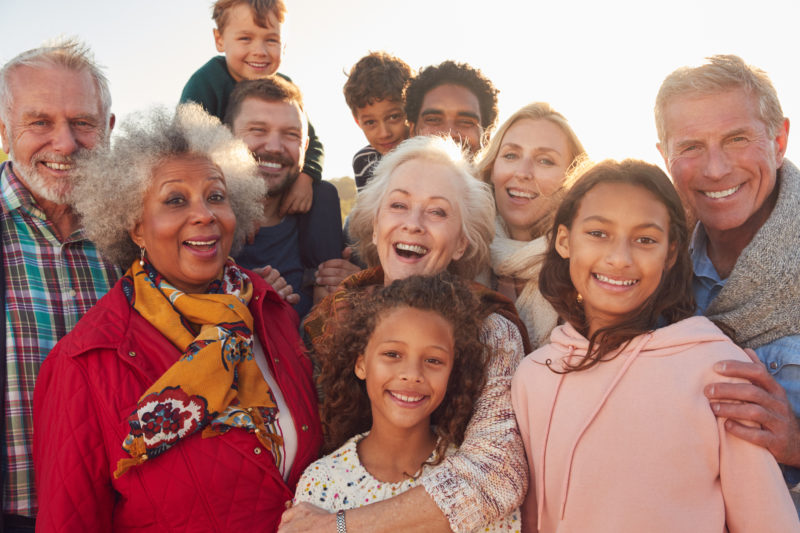 Given the rise in violence against people of color, many white Americans, including older adults, seek to create an environment of anti-racism in their own lives and in the lives of family members, including their grandchildren.

The journey takes courage. “None of us has ever been taught the skills of anti-racist living,” says jona olsson, 74, who writes her name lowercase and lived just west of Philadelphia for many years. She is the founder of Cultural Bridges to Justice, a social justice organization, and penned the essay “Detour-spotting for white anti-racists,” available at CulturalBridgesToJustice.org.

Lack of contact with people of other races may have bred fear. “I grew up in an isolated white environment, and I was frightened of people who didn’t look like me,” says Julie Markovitz, 61, a white Germantown resident. As a founding member of the Philly Children’s Movement (PCM), an interracial group of families and educators that advocates for racial justice, Markovitz helps adults provide support for children to become leaders.

“It’s our responsibility as parents and grandparents to rear children who are open to diversity,” Markovitz says. “If we don’t, they will live in fear of others, and it shrinks the children’s lives.”

Grandparents can draw on organizations, strategies and insights to help encourage anti-racism in their grandchildren.

“Start with the ghosts on your shoulder,” says Debbie LeeKeenan, anti-bias lecturer, consultant and author in Seattle, Washington. “We should be aware of our own history, heritage and biases.”

LeeKeenan is a grandmother of three whose 50 years in early childhood education included a stint in Philadelphia. “We want to avoid letting our biases impact our interactions,” she cautions. “Self-awareness is critical to being fully present and intentional with others.”

It is equally important to stress young children’s awareness of color. “We recognize that very young children are observing, experiencing and actively making sense of social identities and biases,” says LeeKeenan who recently co-produced the short film, “Reflecting on Anti-bias Education in Action: The Early Years.”

“We must acknowledge differences,” says Randi Boyette, education director for the Anti-Defamation League (ADL) in Philadelphia and a grandmother of three. “We don’t live in a color-blind society, and young children notice differences early. The key is the meaning you attach to those differences. Give your grandchildren the message that everyone matters, not only by words but by the way you treat others.”

Books can affect children’s response to people of different ethnicities, says LeeKeenan, the daughter of Chinese immigrants whose husband is Irish-American. “Choosing books that provide mirrors and windows to the world are great provocations for conversations,” she says. “When children see characters and images in a book that look like them and their family, it builds confidence and self-esteem. Books also provide a window to diversity that your family might not encounter on a daily basis. Books open windows and doors to new experiences, ideas and people.

“When we provide our children with mirrors and windows, they notice similarities and differences: different skin colors, different languages, different beliefs. But we share a common humanity. And (they see) that life is full of complexity.”

Boyette applies the same approach to toys. “When my own white children – who are now adults in their 30s – were growing up, we bought them dolls of all colors to convey that we value people of different colors,” she says. “We’re doing the same with our grandchildren. We’ve been very intentional about that.” Grandparents can also broaden their grandchildren’s lives by taking them to festivals that celebrate different ethnicities. “Provide experiences that get grandchildren beyond their own little bubble,” Boyette suggests. “For example, take them to a playground where you know they’ll meet different kinds of kids because you’ve passed by there and seen the diversity.”

If you are unsure about how to begin, visit PhillyChildrensMovement.org for resources and ideas. “Grandparents may find PCM’s family-friendly activism less daunting, and PCM events offer an easy introduction to anti-racism for kids,” Markovitz says. “Basically, you show up with kids and watch them play and take part in anti-bias activities in a multicultural environment. There’s always something going on.”

Ben Sand, 40, of Portland, Oregon, author of “A Kid’s Book About White Privilege,” emphasizes the importance of making children aware of white privilege. “I explain that it means unearned advantages,” says Sand, who received death threats after publishing his book. “It means that you’re ahead of your (Black or Brown) friend just because you’re white.” He urges white children to listen to their friends of color to learn about their lives.

He suggests asking children to think about using white privilege to help dismantle racism. “For example, white children could learn about a leader of color and raise funds for that leader’s organization,” says Sand, who is white. “Kids would learn about the issue the organization addresses and use networks, which people of color might not have access to,
to support that group’s work.”

Anti-racism requires work and awareness, but it’s worth the effort, Markovitz says. “It has enriched my life, and it strengthens our country.”