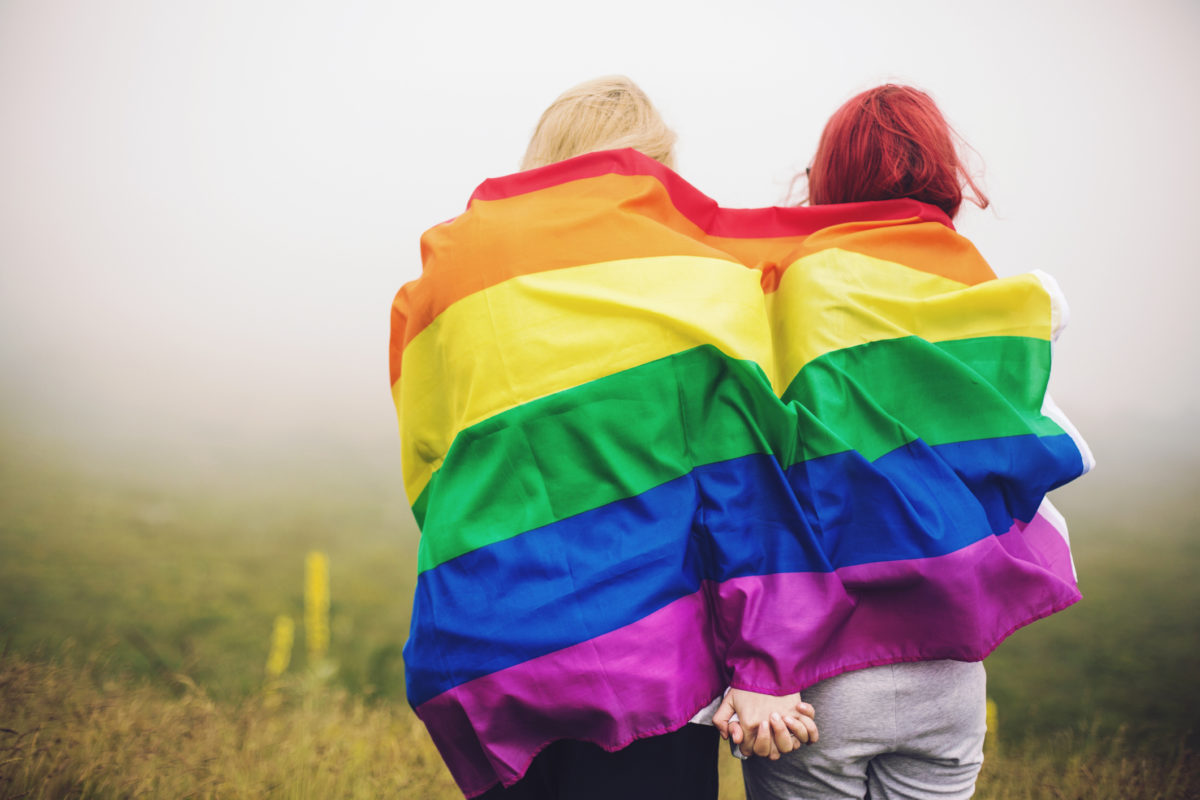 There is beauty in all love. This month, Milestones features some sweet first love stories from LGBTQ+ older adults, who are often marginalized and judged for their lifestyle. Sharing in their joy reminds us all that love comes in many forms, and each is beautiful.

It was winter in St. Louis, and Katherine Allen had spent the day sledding on Art Hill by the St. Louis Art Museum. Afterward, Allen, then in her early 20s, went to a party with some friends.

“I just saw somebody walk by, and she looked very intriguing,” said Allen, now 66, an accessibility consultant in Center City.

She kept her eye on the mysterious stranger all night. As she was leaving, Allen introduced herself to this intriguing woman and they started talking. She learned the woman’s name, Jan, and was invited to visit her the next day. A seven-year relationship followed.

“I think we were just smitten from the beginning,” said Allen. “It was love at first sight.”

Allen began working for the railroad in Ohio, while Jan went to chiropractic school. The couple lived together happily for a while, until, as it sometimes happens in relationships, they began to grow apart. Allen recalls their time together fondly, “We really did have a very sweet romance, and she was somebody who made every space beautiful.”

When Mark Jacoby was in his early 20s and a recent graduate of Long Island University, he found love in an unusual place – at a birthday party for his father.

There, he met a party guest, named Danny, who came as a date with his cousin Marcy, who was gay and closeted at the time. “Danny and I just clicked,” said Jacoby, now 71, a retired real estate businessman in Center City.

After the party, the two spent time together and a romance began. But it wasn’t quite a storybook romance: Danny was also seeing somebody else.

Still, as Jacoby recalls, it was quite wonderful. “I really fell in love with Danny,” he said. “We never argued. We just really enjoyed each other. We had a lot of fun.”

Jacoby remembers a special moment about his first love: “I remember going to Danny’s house every Wednesday, and he would cook me spaghetti. He was Italian. He also played the piano, so he’d be sitting down and start playing music, and we hung out.”

Ultimately, Jacoby got frustrated with Danny’s limited availability and ended the relationship. “I wasn’t mad or jealous or anything like that,” he said. “I decided that I didn’t want that kind of relationship. Even though I really cared very much for him, I just had to break up with Danny. We remained friends.”

Cat-owner and Queen Village resident Jay Donner, 82, has a few tips for what makes a successful long-term relationship.

“Pets, if you feel the same about them, which we do, are something that holds you together and can make you happy,” he said. There is also something about being able to make each other laugh and “figure out who is better at doing what in the relationship.”

Donner, a retired businessman and lawyer, has been with his partner, Wendell Jones, 65, a retired IT professional, since the two first met in 1976. They were married in 2016.

The 45-year romance started when Donner placed a personal ad in a local weekly. Two weeks after meeting, Jones, then a student at the University of Pennsylvania, moved in with Donner.

Over the years, the couple has occasionally been met with prejudice, both for being an interracial couple — Jones is Black and Donner is white — and for being gay. But that’s mostly a thing of the past. “We meet people as a couple, so people know we’re a couple. It’s been years since it made any difference whatsoever, and I find that exceptionally positive,” Donner said. “We’ve been quite happy together with the usual ups and downs.”