Keeping an eye on your esophagus 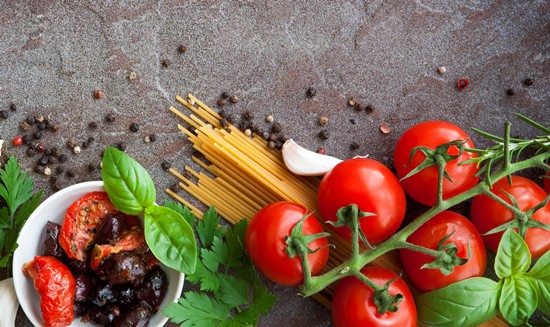 “Many of us might have gastroesophageal reflux, or heartburn, after a spicy Italian meal,” said Anthony Infantolino, M.D., professor of medicine at the Sydney Kimmel Medical College, Thomas Jefferson University, “but if you have heartburn two or three times a week, you may be diagnosed with GERD, or gastroesophageal reflux disease.” With GERD, acid from the stomach rises into the lower esophagus, the muscular tube that goes from the throat (pharynx) to the stomach.

If you’re troubled with GERD, you have lots of company. This disorder affects up to 1-in-5 adults in the U.S., according to the International Foundation for Gastrointestinal Diseases (IFGD).

Even though the condition may be prevalent, you should alert your doctor of the problem. “Some people take [antacids] or other over-the-counter remedies, but they don’t divulge the situation to their physician,” Infantolino said. “It’s important to raise the issue so that your doctor can consider further evaluation.”

GERD is highly treatable, according to Infantolino. But, if ignored, it can lead to Barrett’s Esophagus (BE). In people with BE, the flat grayish-pink lining of esophagus becomes damaged from long-term acid reflux and thickens, turning a bright salmon-like hue.

“BE has a genetic component, and more men than women develop it, especially obese white males over the age of 50,” Infantolino said. “In some cases, BE progresses to dysplasia, or pre-cancerous cells. It’s critical to find patients when they have BE without dysplasia, before it becomes pre-cancerous or cancerous.”

Once the condition develops into cancer, patients have a poor prognosis. “The 5-year survival rate for patients with esophageal cancer is less than 20%,” Infantolino said. Moreover, the incidence of cancer of the esophagus has jumped four-to-six-fold since the 1970s, possibly because junk food introduced into the American diet around that time spurred obesity. “The key … is finding patients in the earliest stages of BE,” Infantolino said.

The current screening for conditions of the esophagus is endoscopy, where a tiny camera on the end of a flexible tube is passed through the mouth while the patient sleeps. This camera allows doctors to view the esophagus and obtain tissue samples if BE is suspected. “When you undergo endoscopy, you have to take a day off from work [and other activities], receive intravenous sedation and arrange for someone to drive you home afterwards.”

Infantolino is the first doctor in Pennsylvania to implement an innovative new esophageal screening technology. EsoCheck, cleared by the FDA, lets doctors collect cells from the esophagus in a quick office procedure. Patients swallow EsoCheck, which is about the size of a vitamin pill and has a thin flexible silicone tube attached. As the doctor gently pulls the device out, a tiny balloon with ridges collects cells from the esophagus, which are sent to a lab for a test to detect potential abnormalities. “EsoCheck screening, now available at Jefferson University Hospital, has
a 90% accuracy rate,” Infantolino said. “It doesn’t require intravenous sedation. I’ve had the procedure myself.”

There are steps seniors can take to keep their esophagus healthy: