Now is the time to address men’s health issues 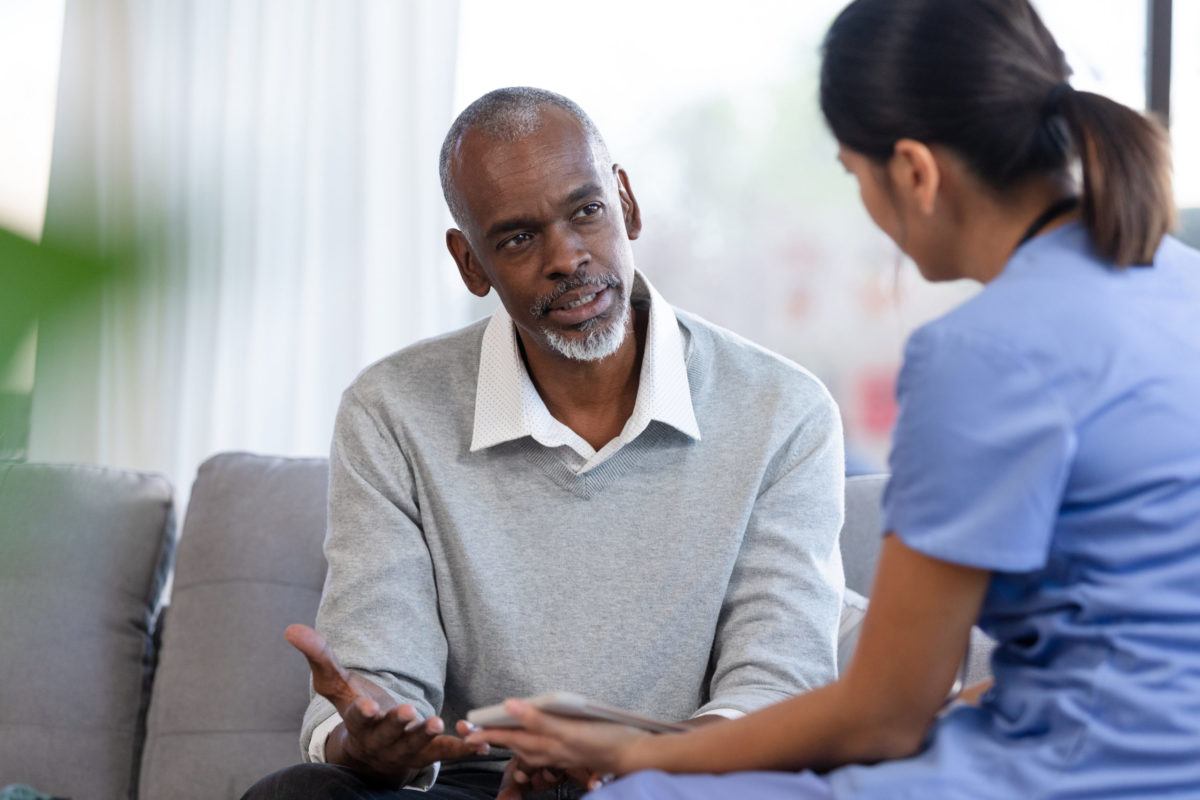 Did you know? Prostate cancer is most often diagnosed in men older than 65. Men living in the United States have the highest risk of testicular cancer in the world. Men die by suicide four times more often than women.

Men: It’s time to get serious about your health and make sure you’re getting regular screenings for prostate cancer, testicular cancer and depression.

A closer look at men’s cancers

The prostate is a gland that surrounds the urethra at the base of the bladder in males. Prostate cancer occurs when cells within it grow and reproduce more rapidly than normal. This abnormal growth results in the formation of a tumor. If left undiagnosed and untreated, prostate cancer can spread to other parts of the body, including the bones and lymph nodes.

According to the Centers for Disease Control and Prevention (CDC), prostate cancer is the second most common cancer among American men, behind non-melanoma skin cancer. Most prostate cancers are slow growing and small. A prostate specific antigen (PSA) screening can identify abnormalities in the blood and determine if a biopsy is needed.
Prostate cancer might not cause any signs or symptoms in its early stages. Therefore, it is common for men to seek screening and/or treatment when the cancer is more advanced. Symptoms related to advanced prostate cancer include trouble urinating, decreased urine flow, blood in the urine, bone pain, and unexplained weight loss.

The American Cancer Society recommends that all men 50 and older have regular PSA screening tests. Men who are African American and/or have a family history of prostate cancer should speak with their doctor about prostate cancer screening at age 45.

While prostate cancer typically affects middle-aged to older men, testicular cancer primarily impacts younger men. According to the American Cancer Society, about half of testicular cancers occur in men between the ages of 20 and 34. But this cancer can affect males of any age, including infants and elderly men.

The risk of testicular cancer among white men is about more than four times that of Black and Asian men. Worldwide, the risk of developing this disease is highest among men living in the United States and Europe.

The good news is that testicular cancer is highly treatable and is often detected early. Most of the time a lump on the testicle is the first symptom, according to the American Cancer Society. The testicle may also be swollen or larger than normal. To screen for any testicular abnormalities, monthly self-exams are recommended for all adult men. Most doctors agree that examining a man’s testicles should be part of a general physical exam during a routine check-up.

The importance of mental health

The stigma surrounding men’s mental health has been prevalent for ages. Emotions and mental health conditions, such as depression, anxiety and mood disorders, are not often discussed openly about among men. This is especially true for older men. Fortunately, many social and public health efforts are encouraging a change in the stigma.

According to the American Foundation for Suicide Prevention, men died by suicide four more times than women in 2019. The suicide rate that year was highest among adults 85 and older – the only age demographic to see an increase from the prior year.

If you or a loved one is experiencing thoughts of suicide or needs mental health resources, please call the National Suicide Prevention Lifeline at 1-800-273-8255 or the National Alliance on Mental Health (NAMI) at 1-800-950-6264. You can also text NAMI to 741741 to be connected with lifesaving resources.

One of the best ways to raise awareness for men’s physical and mental health is to start the conversation with your friends and loved ones. Check in on your male friends, neighbors, sons, grandsons and other relatives. Let them know you are willing to listen, whenever they are feeling low.

As a conversation starter, the “Movember” movement suggests that clean-shaven men grow a mustache (not a beard) throughout the month of November to draw attention to the importance of men’s health issues. The practice began in Australia in 2003 to get people talking about men’s health issues in local communities. A little facial hair can have a powerful, positive effect on men’s health. For more information, visit us.movember.com.

Mary Anna Rodabaugh is a writer, editor and writing coach.