Art thou a witch? 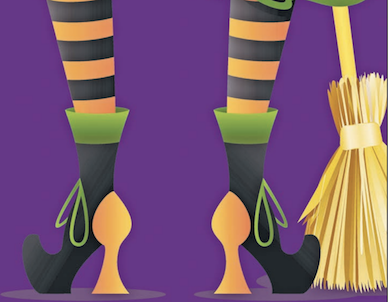 Pennsylvania’s only witchcraft trial was held in Philadelphia in 1683 with William Penn as judge.

In 1683, Margaret and Nils Mattson, Swedish-Finnish settlers, ran a fine farm called New Sweden, near Ridley Creek in Eddystone, Pennsylvania (the spot that would later be home to the Baldwin Locomotive Plant). Among other things, Margaret grew herbs there that she used in her work as a traditional Finnish healer.

Neither Margaret nor Nils were very familiar with the English language, but managed to live in harmony with the neighboring families. That is until some of the neighbor’s cows began giving very little milk and some cattle even died. It wasn’t long before several of the neighbors accused Margaret – that strange, old Finnish healer woman – of bewitching the animals. And it wasn’t long after those accusations that Margaret Mattson was put on trial in Philadelphia for the crime of witchcraft. The judge slated to conduct the trial was none other than the Proprietor of Pennsylvania, William Penn himself.

The case would be held in Philadelphia on December 27, 1683 before Penn, his Attorney General and two juries – a grand jury of 21 members and a petit jury of 12, composed by Penn of several Swedish and Finnish members. Penn also barred both lawyers for the prosecution and the defense from interrogations and conducted all the questioning himself.

Understanding how difficult the English language would be for Margaret, Penn also provided an interpreter and allowed Margaret to defend herself, a move considered extremely progressive at the time. Unlike Puritan society, which was known for rigid intolerance of nonconformists, Penn welcomed them to his “greene countrie towne,” offering freedom of religion along with the special benefit of not having to pay the 10% tithe (a tax for the support of the church) required by other colonies.

He also offered Quaker women relative equality. Many in Pennsylvania served as ministers, handled family finances and worked for social reforms. In addition, Penn abolished the death penalty for all crimes except willful murder. Still, the charge of witchcraft was a serious one, especially when another local woman, Gethro Hendrickson, was also put on trial with Margaret.

The two women listened in shock to the witnesses. Charles Ashcom, for one, claimed that Margaret’s own daughterin-law told him that Margaret had conjured a great light and an apparition which frightened her. Margaret denied this and said that her daughter-in-law should come and give testimony herself if it were true. Penn asked Margaret, “Art though a witch?” and Margaret gave a vehement denial.

Penn then questioned, “Hast thou ever ridden through the air on a broomstick?” Confused by the language, Margaret shockingly said that she had. Penn recognized the jealousy and blatant land grab behind the charges. He quickly and cleverly defused the situation by saying that since he knew of no law forbidding riding on a broomstick, she had a perfect right to do so.

He gave the closing charge and directions to the jury. Sadly, they were not transcribed. The jury returned a verdict of Margaret having the reputation of a witch but not guilty of bewitching. Both women were released to their husbands after they posted a bond of 50 pounds which would be returned after six months of good behavior.

The verdict reflected Penn’s Quaker values and over-all tolerance. There is no record of any other witch trials ever being held in Pennsylvania.